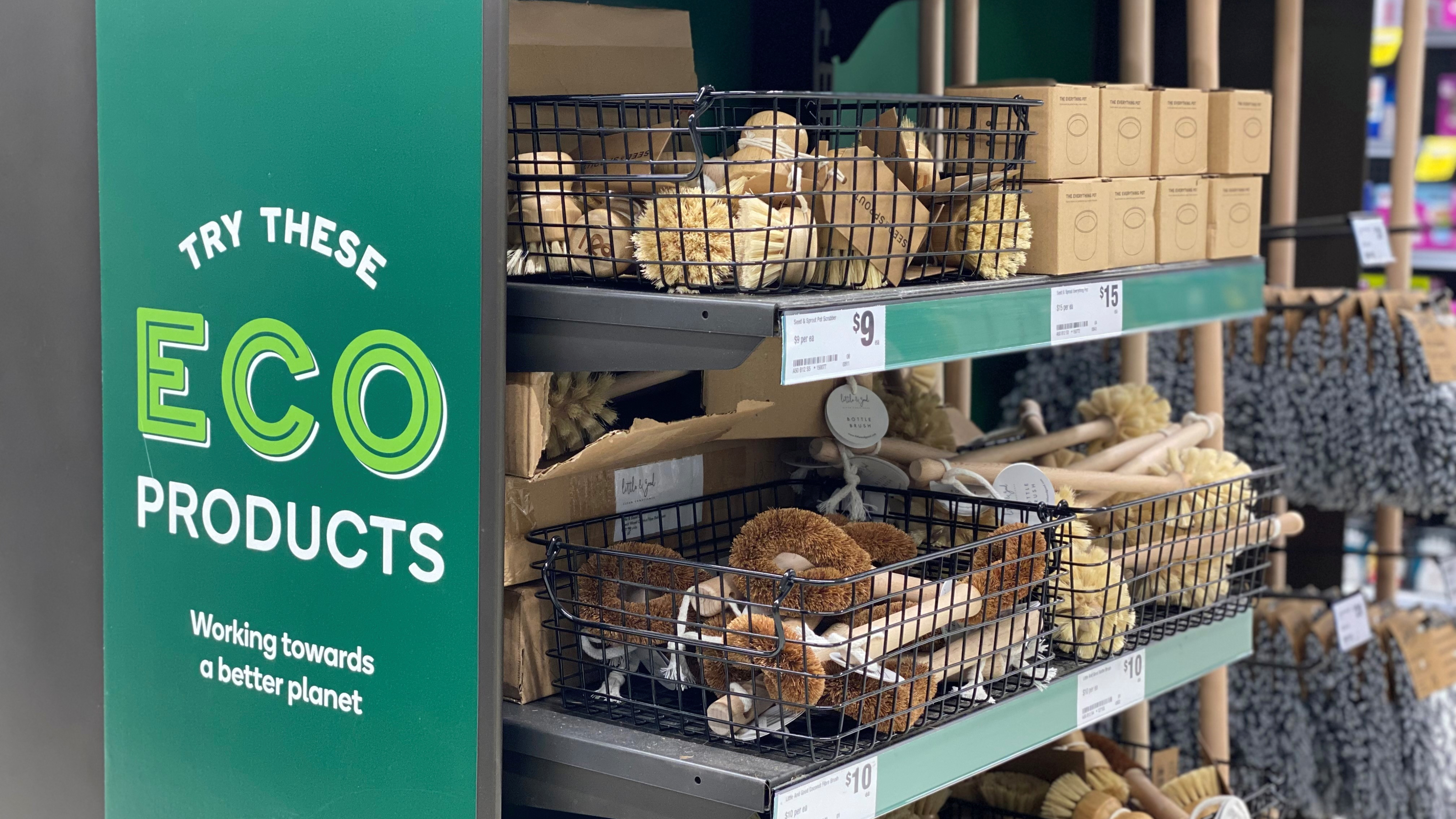 Awareness of how humans are impacting the environment has been growing for decades and over the past few years, consumers have been making made simple changes to their purchasing habits. More recently, these changes have rapidly increased with the rise of the sustainable shopper gaining prominence, largely due to the emergence of young consumer activists, an increase in social media awareness, and the ability of those on higher incomes to absorb the costs associated with producing eco-friendly products.

Australian retailers are responding by being proactive in reducing their environmental footprint across store formats, prioritising energy efficiency, adopting sustainable packaging, addressing ethical sourcing, and implementing company-wide sustainability policies. In May 2021, major supermarkets, and multinationals such as Coca-Cola and Nestle signed a pact to eliminate plastic waste from supply chains in Australia by 2025.

According to Polly Yule, Managing Director at CROSSMARK, retailers are continually evolving their practices to become more sustainable despite the challenge of materials, processes, and regulations. Some of the areas that retailers have addressed by implementing sustainable changes include the following.

The biggest change Australians have seen in recent years is the removal of single-use plastic bags from supermarkets. This has encouraged consumers to purchase enviro-bags or purchase re-usable bags during their shopping. State governments across the country have also vowed to go further with Western Australia banning plastic bags by December 2021 and single use-plastics by 2022, which is four years earlier than planned.

The NSW state government has also announced it will seek to ban items such as single-use plastic bags, cotton buds and straws, as part of a five-year plan costing $356 million. Other states have similar announcements and changes within their respective jurisdictions with the same aim of reducing plastic.

An emerging trend in 2021 has been the concept of BYO refillable containers. As an alternate option to using provided zip lock bags at supermarkets, retailer Coles is encouraging the use of containers for their ‘scoop and weigh’ products and their laundry and soap products. Overseas retailers such as ASDA have introduced shampoo, pasta and rice refillable stations which are gaining momentum and expanding in categories. Independents such as local co-ops have long led the way in this regard and continue to push included categories further.

Supermarkets have recognised the need to reduce their environmental footprint by making their energy use efficient. Simple measures have included tackling high wastage in refrigerated aisles by installing night blinds on open refrigerated structures, anti-condensation heater controls on glass door freezers and cool room controllers, many of which have been implemented by Coles in their public environmental policy. Other measures stated include climate control to better manage fresh air in store and reduce air-conditioning. Plus, installing LED lighting and automated lights to reduce energy use outside of trading hours. Woolworths has also implemented many similar initiatives including installing solar panels in selected locations across its entire portfolio. Retail landlords have also improved their green credentials by building, renovating or adapting existing premises with energy efficient practices.

Supermarkets are facing increasing pressure to understand and consider the origins of the goods they sell and what happens to their food choices from farm to offering within their supply chains. Ethical sourcing also involves ensuring respect for labour laws, fair wages for employees and safe working conditions. Given supermarkets own and control private labels, they have been more openly transparent and committed to sharing information with customers. For example, Coles prides itself on using independent and internationally recognised certification programs for its own brand tea and coffee, and where cocoa and palm oil are used as an ingredient in their own brand products. In addition, all seafood products have Marine Stewardship Council (MSC) certification or meet Coles Responsibly Sourced Seafood criteria. Woolworths meanwhile require all suppliers with whom they have a direct relationship for goods and/or services it sells or uses within their businesses to comply with its Responsible Sourcing Policy framework. Large multinationals are also not immune from this responsibility and have made significant global changes that local operators in Australia can’t implement to ensure they protect and respect international labour, economic, climate and employment laws.

Customers have long demanded that retailers reduce their fresh food wastage and what goes into landfill. Independent retailers and supermarkets have since implemented solutions to achieve a zero-food waste goal by 2025. Some retailers including fruit and vegetable grocers now sell a portion of cosmetically damaged produce that is edible and ideal for many recipes. Other methods include donating unused/unsold produce to local food kitchens such as OzHarvest and Foodbank to ensure those less fortunate are supplied with nutritious and regular meals. Multi-nationals have also stepped up by reinventing sustainable solutions towards packaging and introducing products such as eco-nappies that are now made from partly bio-degradable materials and with less toxic materials. Plenty examples exist and demonstrate how business in Australia and around the world are adapting to meet demand and improve their own green credentials.

With the emergence of electric vehicles, opportunities to further reduce carbon emissions and operations will help enable additional green programs, including other processes such as regenerating forests, using more efficient technology and replacing fuel-based vehicles into electric technology.

In the coming years, as governments, retailers and the wider public continue to push sustainability goals higher to achieve greater levels of ethical and sustainable practices, social responsibility will become ingrained in the hearts and minds of consumers in the future.